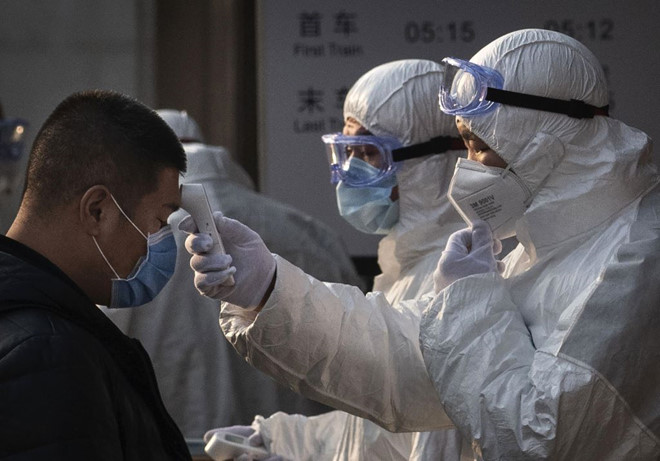 China is reeling from relocating from the country, rescheduling the sporting events it hosts in the wake of rising fears of infection with Coronavirus (severe pneumonia syndrome). in this country.

According to the South China Moring Post, the 2020 Hong Kong Marathon is the latest sporting event to be canceled due to fears of a Coronavirus outbreak. This is one of the large-scale marathons with the participation of more than 74,000 people from many countries around the world, competing in 3 contents.

In a statement on the South China Morning Post, Hong Kong on January 26 confirmed the sixth case of Coronavirus infection when a local man went to Wuhan and returned with fever symptoms; More than 100 others are suspected of suffering from the aforementioned virus pneumonia. According to statistics, as of January 26, an estimated 2,000 people were infected with Coronavirus, resulting in at least 56 deaths. Chinese Health Minister Ma Xiaowei also acknowledged the possibility that the virus would be showing signs of increasing.

Earlier, Wuhan, which was thought to be the source of the Coronavirus outbreak, was canceled the organization of two major events of the 2020 Olympic qualifiers that took place next month and were transferred to other venues. Accordingly, the Asian and Oceanian qualifying events, originally scheduled to begin in Wuhan on March 3, have now been moved to Amman in Jordan and are rescheduled in March.

Meanwhile, the Asian Football Confederation (AFC) has moved Group B (including Australia, Chinese Taipei, Thailand, and China) in the 2020 women’s Olympic football qualifier from Wuhan to Nanjing. However, according to the latest information, AFC has just decided on the women’s football qualifier to Sydney (Australia) and will soon announce a new schedule.

On January 25, AFC also decided that the match between owner Shanghai SIPG (China) and Buriram United (Thailand) in the AFC Champions League play-off round on January 28 will be played in an audience-free yard to prevent the risk of infection. spread the Coronavirus. On the same day, China also announced the closure of its Bird’s Nest Stadium in Beijing and canceled all events at the venue until January 30 to “prevent and control” the spread of the virus. The World Tennis Federation has just withdrawn a Fed Cup event from China to move to Kazakhstan.