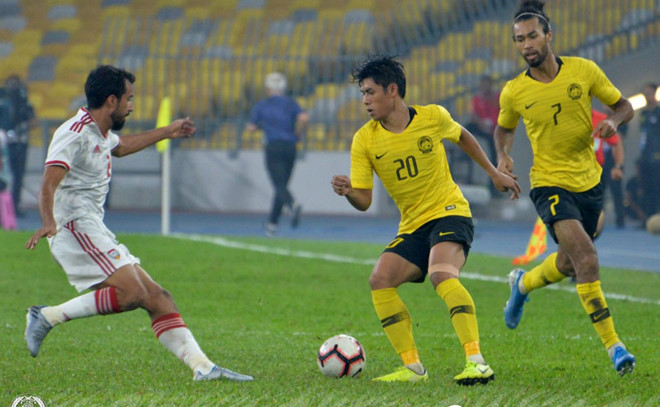 The match between the host of UAE welcoming Malaysia in Dubai on March 26 under Group G of the second qualifying round of the 2022 World Cup will certainly be postponed due to the outbreak of Covid-19, according to the Football Association of Malaysia (FAM).

The information has been confirmed by Malaysia team manager Yusoff Mahadi in Metro Daily. The official said that Malaysia will train at Bukit Jalil to be ready to face Vietnam in the next round of Group G qualifying for the second round of the 2022 World Cup on March 31.

“Games that are not severely affected by Covid-19 still have obstacles, but only countries with restricted travel can be postponed. Without national travel restrictions like Vietnam and Malaysia, it looks like the match between the two teams will continue as usual. Unless the Covid-19 epidemic becomes more serious in our country, the government will probably make decisions”, Datuk Yusoff told Metro Daily. The official added that, so far, FAM has remained Haven’t received any information from the government about travel restrictions.

According to Datuk Yusoff, the Asian Football Confederation (AFC) will meet on March 2 to give notice of the postponement of the Malaysia-UAE match and some other matches from teams from West Asia in the second round of World Cup 2022 and the Asian Cup 2023 final.

Earlier, Bahrain – a country in West Asia, sent an apology to FAM for canceling a friendly match at home to Malaysia on March 21 for fear of disease. In addition to the above matches, the outbreak of Covid-19 has affected many Asian teams in the 2022 World Cup qualifiers such as Japan, Korea, China … In particular, AFC’s March 2 day meeting in Malaysia will Discuss the schedule before making a decision to postpone some matches to prevent the risk of Covid-19 infection.

Currently, in the second qualifying round of the 2022 World Cup Malaysia (9 points) is second in Group G after Vietnam (11 points) but ahead of Thailand (8 points), UAE (6 points, playing less than 1 match), Indonesia (0 points).