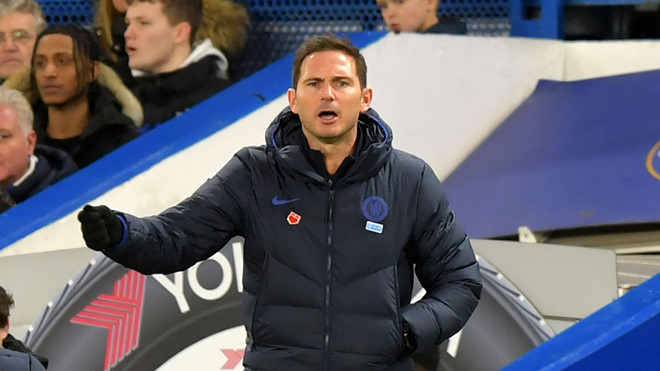 In the interview after the latest shock to lose to Bournemouth 0-1 at Stamford Bridge, coach Frank Lampard vehemently criticized his players who played indecisive, unable to control the ball, not creating opportunities, to failed and disappointed the fans.

Mr. Lampard also said: “It is not the team I want to lead. At home, definitely must take every initiative, play and strive for the best results. However, we could not do it. And also does not create excitement for home fans. It is clearly very disappointing”.

The defeat to Bournemouth is the fourth defeat in just the last 5 matches in the Premier League of Chelsea, far from the previous fiery image with a series of 6 consecutive victories. So, there was booing in the stands of Stamford Bridge demanding the dismissal of Lampard.

Chelsea still holds the fourth position, but it is quite possible to lose in the near future when behind Sheffield United, Manchester United or Tottenham are gradually approaching.

According to Lampard, the disappointment of Chelsea fans’ reaction when seeing the home team suddenly play the recent decline is normal. Meanwhile, according to the British press, the Lampard coach used the team mainly used by the players from the beginning of the season, less rotation when the schedule became more and denser which is the reason why many players are overloaded. to the physical condition is not full, so the play in the recent matches are lack of transformation.

Therefore, in the time to come when Chelsea entered the consecutive round of competition in the Christmas and New Year, things are even more difficult. In the next round, they will meet Tottenham, then Southampton, Arsenal and Brighton & Hove on New Year’s day.

Coach Lampard said: “The priority now is that I will encourage the players to regain their morale, and must help them regain their playing state with stronger determination. They must concentrate, own the ball, change the status from defense to attack very quickly and pass the opponent to move forward. I do not accept the current superficiality. There will still be a lot of work to be done”.