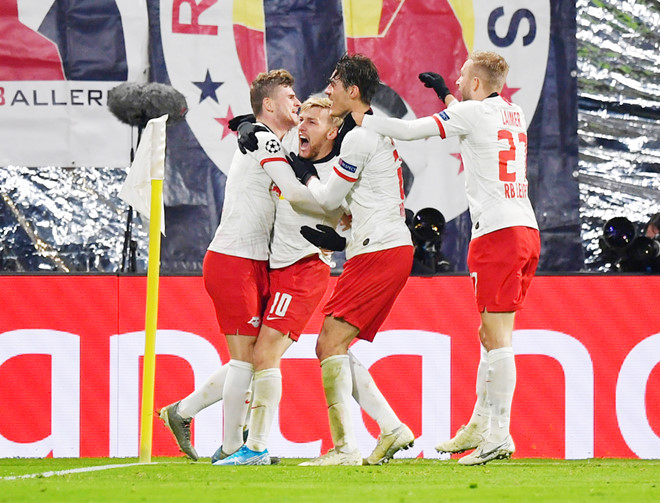 Taking turns taking the top spot, the teams in Germany’s top league take fans from one joy to another.

The pain here is that only Bayern Munich’s bug, the team who always holds the throne in the Bundesliga, but for various reasons, their fans are heartbreaking to see their beloved team 6 points from the top of the table.

In fact, 6 points is not a big gap for Bayern Munich. But at the moment, many other Bundesliga teams are eager to win, coveted the title and they show it clearly by the results on the field.

A few weeks ago, Leverkusen still holds the top of the table. Then after that, all Monchengladbach and now RB Leipzig rose to the highest position. Those are things that both Bayern Munich and Dortmund fans did not expect. But for the rest of German football, people want to see this scenario the most.

Last weekend, Bayern Munich won a monumental 6-1 victory at home to Werder Bremen. What lingered after this victory was the brilliance of the star who borrowed Coutinho when he scored a hat-trick in that victory. The top is still far away, Bayern Munich (27 points) still has to fight in the absence of a main coach to lead the team.

The victory was so brittle, but the two big players of German football still struggled in the top 6 without holding the throne by RB Leipzig (33 points), Monchengladbach (31 points) and Schakle 04 (28 points) played too well and ready to defeat the famous teams to take turns holding the top seats.

Therefore, the Bundesliga is now more unpredictable and attractive than ever.