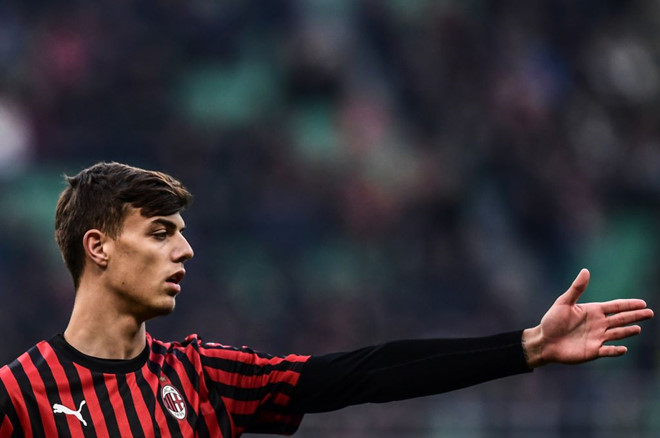 No family has a close and long-standing association with AC Milan Club like the Maldini clan. The appearance of 18-year-old midfielder Daniel Maldini has been the 3rd generation of this family in the Rossoneri shirt (black and red striped shirt).

Daniel Maldini started his career playing for AC Milan, even though he was brought on as a substitute at the end of the Verona 1-1 draw in the 22nd round of Serie A on Sunday. His presence indicates that the Maldini family had a third-generation heir to AC Milan after the time of their father Paolo and grandfather Cesare.

Daniel is the youngest son of Paolo Maldini, the former captain of AC Milan and the Director of the club. Daniel’s older brother Christian is also a career player but currently only plays for Pro Sesto Club in Serie C.

Daniel started his career at AC Milan just like Paolo, but he did not match his father’s age record. Indeed, Paolo played his first match for AC Milan in the away match Udinese 1-1 in January 1985 when he was just 16 and 6 months old, two years earlier than the age of his son Daniel. In addition, Paolo played 901 matches for AC Milan, scored 33 goals and won 24 titles before the end of his playing career in June 2009.

Paolo Maldini is a typical face in San Siro, always has the respect of the home fans because he does not play for clubs other than AC Milan. Most of his playing career, Paolo was in the captain’s armband and was nicknamed “Il Capitano”.

Daniel Maldini’s grandfather was even more famous. He was attached to AC Milan not only as a player but also as a coach and especially as the first AC Milan captain to raise the European Cup in 1963.

Daniel Madini will have to work hard to pursue his father’s achievements. He said after the Verona draw: “My first match was a dream, but the result of this match was disappointing. We could have done better, but there were still emotions. Verona was the team. difficult to play, we deserved to get 3 points but we only got 1 point. We hope to win in the next round This start is a goal that I have prepared, now we hope to continue like that. I felt a strong emotion and my father reassured me”.